Drought and other Plays by Millicent Armstrong

Music Theatre Projects Ltd have created a bespoke tourable product for rural and regional venues – four one act plays written by Millicent Armstrong. The next step in this journey will be to set up mini tours in 2023. With a cast of 6 fine actors, we present 3 of the short plays as staged readings. The fourth, a beautiful and tragic duet, is performed off book. Underpinning all the plays is a cinematic soundscape creating a powerful sense on mood and place.

(And who knows, maybe one day we’ll transfer these plays to film.)

Once we’ve wrapped up the current post-production work, we’ll prepare a marketing package promoting the show to many other regional and rural venues. This means extensive fundraising, liaison with touring bodies, venues, presenters and a range of stakeholders whose interests overlap with the themes in these plays. If you wish to stage the works, or attend a future performance, please email us.

These plays have languished for nearly 70 years, with the exception of At Dusk which was last performed in the 1990s in Melbourne. Two of them reflect the realities of rural life, one set during the Federation drought, the other centred on sexual violence. Then there is a domestic comedy, which is truly laugh out loud funny, and a dark melodrama. Millicent’s works reflect their connection to the Australian Gothic tradition, and feature sparkling dialogue, idiomatic writing, and strong female characters, with a focus on the relationship between sisters. This is not surprising given Millicent’s main collaborator was her sister, Helen.

Dianna: “Imagine this. I’m googling for affordable housing outside the ACT. As a practicing freelance performing artist, this was necessary if I was to finally own my own home. It also meant going back to my farming roots somewhat. Best decision I ever made. But ….. imagine this. While googling I discover this person who lived near Gunning in the first half of the 20th century, who went to the Western Front in WW1, was awarded a Croix de Guerre for bravery, became a soldier settler, and is listed on Wikipedia as: playwright, farmer. What? And hardly anyone here was aware she’d existed, outside her family, and the present owners of Millicent’s old farm, Clear Hills.”

Dianna has spent many hours learning about Millicent Armstrong’s work. She has met with relatives of Millicent and liaised with family and associates further afield. She visited Clear Hills where Millicent lived, and has helped bring together those who wish to digitize the plays with the family whose permissions were required in order to do so. She met with the former historian at the Australian War Memorial, Dr Peter Stanley, who advised her on the avenues for researching Millicent’s war history. Dianna discussed Millicent’s work with staff at the National Library of Australia, who hold an unpublished novel and some of the plays. Total strangers have reached out to Dianna, who’ve read about her explorations, sharing info, and, in one case, donating a copy of a book of Australian plays from the 1930s which includes At Dusk. All this work was undertaken without any funding.

Dianna Nixon was director, project manager and performer. Other cast members were Christopher Samuel Carroll, Holly Ross, and Heather Keens. Our stage manager was Sam Barrett. The audio recording was shared on Gunning Arts Festival website during their October 2021 online event and it is publicly available on the Wild Voices Music Theatre Soundcloud page.

Helen Musa CF, arts editor for City News (Canberra), attended the Picture House readings in 2021. She said: “The characters were well-delineated and the atmosphere capturing the loneliness of rural life was powerful and convincing, acknowledged in the writer’s own time with Australian and international awards between 1923 and 1934. But it was the authentic dialogue and sense of the voices of the time which particularly struck me, throwing light on an earlier and harsher era in Australia’s history.”

Further info can be found via these links:

We’ve received fantastic testimonials about the project. Here is just one: “We could not have enjoyed the experience of being part of the audience at “Drought and Other Plays by Millicent Armstrong”, performed at the Gunning Court House, more! We enjoyed each of the plays and were impressed by how quickly the cast was able to transport the audience into each story, given that the plays were so short. This was enhanced by the atmospheric sounds and music, that really helped fire the audiences’ imagination. The final play “Drought” was particularly poignant, and for people like us, who have lived and worked all their lives on the land, it was extremely powerful and very moving. The difficult subject matter was handled with great sensitivity, but with maximum impact. Thank you to everyone involved!”

A major outcome of the 2022 stage of the project was to achieve proof of concept of this touring product, test it on our audiences, and provide us with marketing collateral for future use in promoting it to touring bodies, performing arts markets, festivals, local councils and other regional and rural networks. We designed the work with shearing shed performances in mind, as well as being suitable for smaller regional theatres, community halls, and heritage homesteads. We have created a product that has potential for a long life.

The production is designed as a work that is purpose-built for touring to regional theatres, community halls and shearing sheds. This means very short seasons or one off performances, and a very quick bumpin/out, therefore no fancy sets, costumes, or complex lighting. Instead, we utilise minimalist suggestions of period, and very finely tuned performance work.

A major technical component is a recorded cinematic quality soundscape and score accompanying the plays. We will tour our own sound equipment for playback of the soundtrack.

In non-traditional venues, we work with the given space as if on location, using actual doors and windows and fittings as our set. So the work is an immersive experience for our audiences, and retains a sense of freshness and fun for the actors. Our staging can easily adapt to differing conditions, bringing the work fully alive. This relies on very experienced actors with good improvisational skills to allow this level of freedom and play in the staging of the works.

The soundscape has been created by Stephen Lindsay, of Old Binda Road Studios, Crookwell, in a collaboration with Dianna Nixon as co-creative and performer, creating sound design, composition, vocal sequences, and foley sound. You will hear wild sound captured from our region in the two plays set in rural locations.

Our recent Goulburn Performing Arts Centre (GPAC) performance was positioned within a new festival for our region (Festival of Regional Theatre – FORT). As Millicent Armstrong lived in Goulburn for the final stage of her life, it was fitting her works be seen and heard in the new performing arts centre as soon as possible. FORT provided the ideal opportunity. The Gunning Court House performances increased the reach of the project and contributed towards the goals of building Gunning’s reputation as a village with arts, culture and heritage as a central feature, complimenting its rural and agricultural focus. There is a cast of 6 actors, all very experienced professionals from our region, directed by Dianna Nixon. They are: Christopher Samuel Carroll, Holly Ross, Heather Keens, Caroline Simone O’Brien, Zsuzsi Soboslay and Craig Alexander.

We had inkind support in place, and a small box office, plus significant support of $30000 from the NSW Govt via GPAC. (The Festival of Regional Theatre was proudly funded by the NSW Government’s Reconnecting Regional NSW – Community Events Program in association with Goulburn Mulwaree Council.) Dianna received $5000 to support her work as creative producer and project manager as an independent artist from Create NSW. We received $5000 from Cullerin Wind Farm Trust, $1000 from the Upper Lachlan Foundation, and $1500 from CASP (Country Arts Support Program).

AUSSTAGE has a listing of Millicent Armstrong’s works. https://www.ausstage.edu.au/pages/contributor/248790

November – pay the bills, grant acquittals, put a package together for regional touring

2023 – (pending additional funding) performance at Lanyon Homestead, and other locations 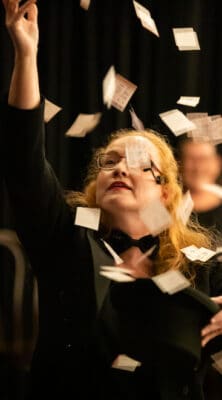 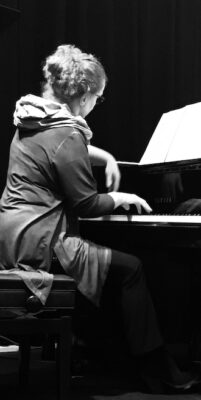